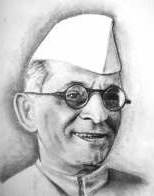 The Bharatiya Vidya Bhavan's, conceived and founded by Dr. K. M. Munshi in 1938,as a Trust, Society and a Non - profit organization, with the hearty blessings of Mahatma Gandhi and active support and co-operation of several eminent mass leaders like Sardar patel, Dr. Rajendra Prasad, Sri C. Rajopalachari, Dr. S. Radhakrishnan and Pt. Jawaharlal Nehru, has today grown into a comprehensive pan-India intellectual, cultural and educational movement. It is totally apolitical. Its founder Kulapati Dr. K.M. Munshi looked upon the Bhavan as an 'Adventure in Faith', a faith in India's past, present and future. The Bhavan believes that there are elements in all cultures which transcend all barriers and knit people together. Its ideal is Vasudhaiva Kutumbakam: "The world is one family" its motto is: Aa no bhadrah Kratavo Yantu Vishwatah: "Let noble thought come to us from every side." The Bhavan stands for the reintegration of Indian culture - to instill fundamental values of Indian culture, communal harmony, National Integration and pride of being an Indian among school children.

In a world falling to pieces under the impact of an amoral technological avalanche, it tries to hold fast to the fundamental culture strands - Rita, Satya, Yagna and Tapas.

FAITH in God who in-forms the Cosmic Order;

TRUTH which accord between mind, word and deed;

DEDICATION which offers all movements of life as an offering to God;

SUBLIMATION which purifies the body and mind and transmutes instincts, passions and emotions into things of beauty.


Thus, Bhavan's programmes cover "All aspects of life from the cradle to the grave and beyond... It fills a growing vacuum in modern life" as Pundit Jawaharlal Nehru observed when he first visited the Bhavan's in 1950.

As on date the Bharatiya Vidya Bhavan's is a vibrant community of 200,000 students and 11,000 teachers in 370 institutions that includes Schools, Colleges of Arts, Sciences, Commerce, Management and Centres for studies and research in Indian Culture, Indology and Sanskrit - all working in tandem for the development of posterity.

For the yeoman services rendered, the Bhavan's has been recognized as an "Institute of National Eminence"(2001) by the Government of India and is also the recipient of the "Rajiv Gandhi Award for National Integration"(1992), "Communal Harmony Award"(1999) and above all the "International Gandhi Peace Prize"(2002).

The Bharatiya Vidya Bhavan's is not a mere institution. It is a movement. Movements obtain strength from the association of like-minded people. Institutions have to embody the inspiration of an idea and translate it into action in diverse ways giving it stability and strength. Life's values have to be concretized in the framework of an institution, to be seen and to be responded to with heart and will. In spite of its limitations and shortcomings, the Bhavan's has steadfastly endeavored to function as an institution. Yet, it is not just an institution. Much more than that. For, an institution has tendency to stagnate, to freeze and get fossilized. The Bhavan's is an unending activity, a movement for the great cause of Indian culture.